NASA to Provide Coverage of US Spacewalk, Preview News Conference 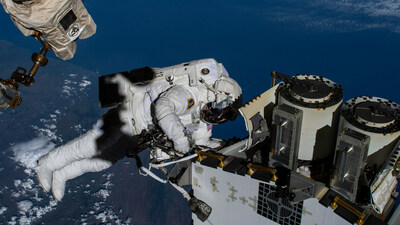 NASA will preview the spacewalk and provide live coverage of the power system upgrades on NASA Television, the NASA app, and the agency’s website.

The news conference will take place at 2 p.m. EST (1 p.m. CST) Jan. 17, with the following participants:

On Jan. 20, NASA astronaut Nicole Mann and Japan Aerospace Exploration Agency (JAXA) astronaut Koichi Wakata will exit the station’s Quest airlock to complete the installation of two mounting platforms as part of planned solar array augmentation on the starboard side of the International Space Station’s truss.

NASA will provide live coverage beginning at 7 a.m. EST. The spacewalk is scheduled to begin at 8:15 a.m., and last about six and a half hours.

Learn more about International Space Station research and operations at: