WASHINGTON, Dec. 8, 2022 /PRNewswire/ — NASA has awarded a task order to Collins Aerospace to deliver a spacewalking system for potential use outside the International Space Station. 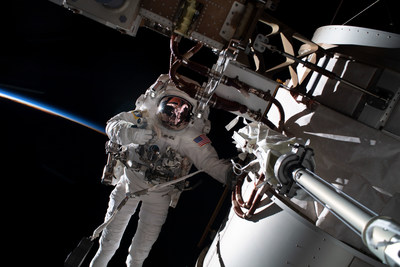 This award – the second under NASA’s Exploration EVA Services contract – is for design and development of a next-generation spacesuit and support systems. The task order has a base value of $97.2 million.

Collins Aerospace will complete a critical design review and demonstrate use of the suit on Earth in a simulated space environment by January 2024. NASA will have the option to extend the contract for a demonstration with agency crew members outside the space station by April 2026.

With this second award for a new suit and system, NASA is another step closer to a replacement for the current design used by NASA astronauts for decades during space shuttle and space station missions. The new suit will support continued station maintenance and operations as NASA and its international partners continue to perform scientific research that benefit humanity and is crucial to future Artemis missions to the Moon in preparation for Mars.

“We look forward to obtaining another much-needed service under our contract,” said Lara Kearney, manager of the Extravehicular Activity and Human Surface Mobility Program at NASA’s Johnson Space Center in Houston, which manages the spacesuit contract. “By working with industry, NASA is able to continue its over 22-year legacy of maintaining a presence in low-Earth orbit.”

Under the indefinite delivery, indefinite quantity contract, both Collins Aerospace, as well as Axiom, which was awarded an initial task order award for Artemis suits, provided proposals to meet both station and Artemis requirements. Both vendors will continue to compete for future task orders which include recurring services for station spacewalks and moonwalks beyond Artemis III.

Collins will be responsible for the design, development, qualification, certification, and production of its station spacesuits and support equipment to meet NASA’s key requirements. The agency will continue to maintain the authority to manage astronaut training, spacewalk planning, and approval of the service systems.

Learn more about spacewalking at: