Ty Seidule Joins The ExCo Group as a Senior Advisor 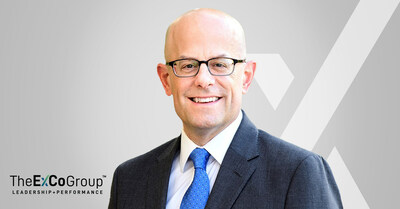 “Ty is exceptional at adapting to realities on the ground… He will be a tremendous asset to CEOs and senior leaders.”

Seidule is a veteran, author, advisor, public speaker, and Professor Emeritus of History and former head of the Department of History at the United States Military Academy at West Point. Over the course of his 36-year army career, Seidule served as an armor and cavalry officer in war and peace all over the world.

As Senior Advisor to The ExCo Group, Seidule speaks on topics such as Trust in the Workplace, Leadership through History, Understanding Diversity through History, Hard Conversations, Institutional Change, Changing Culture, and How to use Personal Narratives.

“Today’s leaders have to constantly challenge their own worldview in order to make quality decisions,” said David Reimer, CEO of The ExCo Group. “We have to base our strategies on actual facts and real-world conditions. Ty has demonstrated through his experiences as a commanding officer and as a student of history, that he’s exceptional at re-examining assumptions and adapting to realities on the ground. He will be a tremendous asset to CEOs and senior leaders.”

Seidule’s latest book, Robert E. Lee and Me: A Southerner’s Reckoning with the Myth of the Lost Cause, was named as one of the best books of 2021 by NPR, Forbes, and others. The Associated Press called it “an extraordinary and courageous book, a confessional of America’s great sins of slavery and racial oppression, a call to confront our wrongs, reject our mythologized racist past and resolve to create a just future for all.”

A leader in digital and public history, Seidule is the creator and co-editor of the award-winning four volume digital learning series, West Point History of Warfare. Seidule also partnered with Apple and Google to create digital history initiatives including virtual and augmented reality apps, as well as Massive Open Online Courses. His short video, Was the Civil War About Slavery has more than 30 million views on social media, making it the most watched history lecture – in history. He also created and served as the senior editor for the digital West Point Guide to the Civil Rights Movement and The West Point Guide to Gender and War.

Secretary of Defense Lloyd Austin appointed Seidule to the Congressional Naming Commission tasked with redesignating Department of Defense assets which honor Confederates, before being elected as Vice Chair. He also serves as a Presidential Advisor to the National World War II Museum in New Orleans and is a New America Fellow. Seidule is a Professor of History at Hamilton College in Clinton, New York.

DVIDS – News – Freezin’ for a reason

DVIDS – News – From Benin, and back again; A doctor’s journey in the U.S. Navy Reserve Corps