ALEXANDRIA, Va., Dec. 12, 2022 /PRNewswire/ — The Marine Corps Scholarship Foundation (MCSF) today announced the largest gift received in its 60-year history, from Fred Smith, Marine Corps veteran and founder and chairman of FedEx. The $65 million-dollar gift will make a life-changing difference for thousands of military families. The donation bolsters the mission set forth by the MCSF of honoring Marines by providing scholarships for their children attending post-high school, undergraduate, and career and technical education programs in all 50 states. 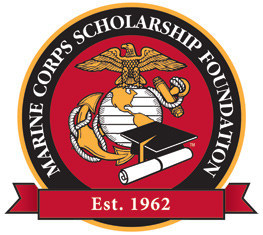 Founded in 1962, and now the nation’s oldest and largest provider of need-based scholarships for military children, the Marine Corps Scholarship Foundation has awarded more than 50,000 scholarships valued at nearly $185 million. Smith’s gift serves as a tangible tribute to the heroes who have sacrificed for the nation and will increase the organization’s ability to provide scholarships for recipients who are destined for leadership and service in a variety of professional fields.

Smith’s gift coincides with the release of a new motion-picture titled, Devotion, produced by Smith’s daughters Molly and Rachel Smith. The movie details the service of Jesse Brown, the first Black aviator in Naval history, and Tom Hudner his fellow fighter pilot and friend. Their heroic sacrifices during the Korean War would ultimately make them the Navy’s most celebrated wingmen. The movie premiered in 2,000 select theaters nationwide on November 23rd.

In addition to benefitting the Marine Corps Scholarship Foundation, the MCSF has been entrusted to use half of the funds to establish the Brown Hudner Navy Scholarship Foundation. Named for the subjects of the film Devotion, the foundation will award scholarships to the children of Navy Sailors studying science, technology, engineering, math (STEM) and health sciences.

The MCSF awards about 2,600 scholarships annually but estimates there are more than 24,000 eligible children of Marines nationwide. The sizeable gift from Smith will immediately enable MCSF to significantly increase the number of scholarships awarded annually and hastens their long-term efforts to provide support to the entire eligible population of Marine children.

The organization is committed to ensuring increases in scholarships are sustainable long term. For the next academic year alone, Smith’s gift will cover the costs of more than 100 additional scholarships with a long-term outlook of covering the costs of thousands.

MCSF’s scholarship recipients are top-tier scholars, representing every state in the country with 90% of their recipients graduating, well above national performance averages. Notably, 40% of recipients are first-generation college students and 45% pursue STEM degrees. Their recipients also sport an average GPA of 3.43, compared to 3.15 nationally. And in 2022, there is a combined 29,000 years of military service that have been honored by MCSF. All qualified applicants that meet MCSF’s eligibility requirements receive a scholarship to further support their education.

“Our family is proud to support the Marine Corps Scholarship Foundation and the great work they are doing to make the dreams of military children a reality through higher education. The MCSF is an outstanding steward to manage the Brown Hudner Navy Scholarship Foundation,” said Smith. “As a Marine Corps veteran, I know the sacrifices that are made daily by hard-working military families to provide for their children.”

“We are humbled to be the recipient of Fred Smith’s generous gift, as it reflects his deep and meaningful appreciation for the Marine Corps,” said Ted Probert, Lieutenant Colonel USMC (Ret.) and current President and CEO for the Marine Corps Scholarship Foundation. “This transformational gift helps position the organization for broader reach and impact, fortifying our promise to never leave the child of a Marine behind and serves to benefit hundreds, if not thousands of future leaders in this country with dreams of creating a better world for others.”

About The Marine Corps Scholarship Foundation:

DVIDS – Images – From Benin, and back again; A doctor’s journey in the U.S. Navy Reserve Corps [Image 5 of 6]