DALLAS, Dec. 11, 2022 /PRNewswire/ — Jacobs (NYSE:J) congratulates NASA on the successful completion of the 25.5-day Artemis I mission to orbit the moon, following the safe splashdown of the Orion spacecraft in the Pacific Ocean.

Powered by the Space Launch System (SLS) rocket, the uncrewed test flight sent Orion on a 1.4-million-mile journey around the moon, traveling further than any space vehicle capable of safely transporting humans.

Jacobs has supported NASA from start to finish on this historic mission, including as part of the team that recovered Orion from the ocean. Artemis I is the first test flight in a planned series of increasingly complex missions under Artemis, NASA’s deep space human exploration endeavor, which aims to land the first woman and the first person of color on the moon and establish a long-term human future in deep space.

“NASA’s Artemis I mission has exceeded expectations. With Orion’s successful journey and safe return to earth, this historic mission has paved the way for a new era of scientific discovery and human exploration of deep space,” said Jacobs EVP and President Critical Mission Solutions Steve Arnette. “Jacobs teams across multiple NASA centers, contracts and programs are committed to providing innovative solutions and technologies in support of NASA’s quest to advance science and inspire the next generation of space exploration through future Artemis missions.”

In addition to Orion recovery operations, Jacobs successfully executed several key roles in ensuring the safe return of the spacecraft.

The Jacobs team at Kennedy Space Center’s (KSC) Thermal Protection Systems Facility helped develop and manufacture thermal protection components to guard Orion from the intense temperature of re-entry into Earth’s atmosphere. This work includes production of numerous qualification test articles for arc jet, radiant, impact resistance and mechanical properties. Upon successful completion of all qualification efforts, more than a thousand flight tiles and corresponding gap fillers were produced for both the top backshell and bottom heatshield of the Orion capsule.

At Johnson Space Center (JSC), a NASA and Jacobs team developed the trajectory plan for the orbital flight path of Artemis I, which took Orion 268,563 miles from Earth and 40,000 nautical miles beyond the moon – further out in space than any other human-rated capsule in history. Jacobs engineers at JSC also developed and tested the critical Orion re-entry parachute system that slowed down the capsule from an atmospheric re-entry speed of approximately 25,500 mph to 20 mph for splashdown. Jacobs also worked across five NASA centers to help develop and successfully test the reliability of the Orion launch abort system, which is designed to protect the crew in future missions.

As the prime contractor at KSC for NASA’s Exploration Ground Systems (EGS) program, Jacobs is responsible for receiving all SLS and Orion flight hardware, assembling and integrating all the components, developing the launch control software, conducting final test and checkout, transporting the vehicle to the pad, supporting the launch and helping conclude the mission with the recovery of Orion.

At Jacobs, we’re challenging today to reinvent tomorrow by solving the world’s most critical problems for thriving cities, resilient environments, mission-critical outcomes, operational advancement, scientific discovery and cutting-edge manufacturing, turning abstract ideas into realities that transform the world for good. With approximately $15 billion in annual revenue and a talent force of approximately 60,000, Jacobs provides a full spectrum of professional services including consulting, technical, scientific and project delivery for the government and private sector. Visit jacobs.com and connect with Jacobs on Facebook, Instagram, LinkedIn and Twitter.

Certain statements contained in this press release constitute forward-looking statements within the meaning of the Private Securities Litigation Reform Act of 1995. Forward-looking statements are statements that do not directly relate to any historical or current fact. When used herein, words such as “expects,” “anticipates,” “believes,” “seeks,” “estimates,” “plans,” “intends,” “future,” “will,” “would,” “could,” “can,” “may,” and similar words are intended to identify forward-looking statements. We base these forward-looking statements on management’s current estimates and expectations, as well as currently available competitive, financial and economic data. Forward-looking statements, however, are inherently uncertain. There are a variety of factors that could cause business results to differ materially from our forward-looking statements. including, but not limited to, the timing of the award of projects and funding under the Infrastructure Investment and Jobs Act, as well as general economic conditions, including inflation and the actions taken by monetary authorities in response to inflation, changes in interest rates and foreign currency exchange rates, changes in capital markets, the possibility of a recession, geopolitical events and conflicts, and the impact of the COVID-19 pandemic, including the related reaction of governments on global and regional market conditions, among others. For a description of some additional factors that may occur that could cause actual results to differ from our forward-looking statements, see the discussions contained under Item 1 – Business; Item 1A – Risk Factors; Item 3 – Legal Proceedings; and Item 7 – Management’s Discussion and Analysis of Financial Condition and Results of Operations in our most recently filed Annual Report on Form 10-K, as well as the company’s other filings with the Securities and Exchange Commission. The company is not under any duty to update any of the forward-looking statements after the date of this press release to conform to actual results, except as required by applicable law. 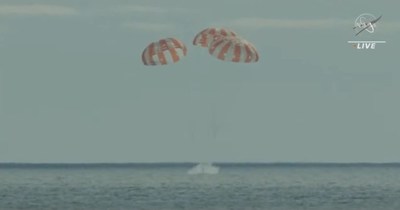