ROCKVILLE, Md., Jan. 10, 2023 /PRNewswire/ — On December 11, 2018, a storm was wracking the city of Kodiak, Alaska as a mom-to-be underwent an ultrasound that revealed her cervix had opened at just 17 weeks, three days of pregnancy, over four weeks earlier than any baby has survived childbirth. Thanks to amazing doctors and the staff and volunteers of the Joint Base Elmendorf-Richardson Fisher House, the family was able to hold off on having their baby boy for almost five weeks, giving him a chance. He’s now 4 years old. 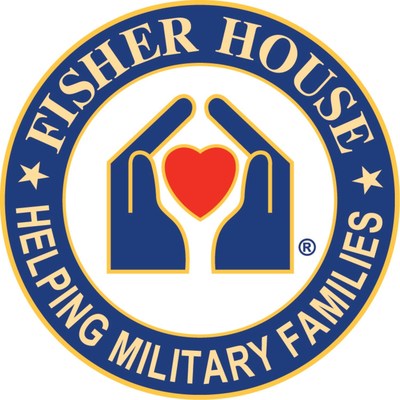 “I’m one of multiple kids,” Courtney Spencer said. “My husband has multiple siblings, so it was very important. It was one of those things. I was mid-twenties and I’m like, ‘Okay, I want to do the family thing.'”

Courtney and Colin started trying to have a child after Colin was already an eight-year veteran of the U.S. Coast Guard. But four years and a miscarriage later, fertility treatments were needed to conceive baby Percival, the micro preemie.

The troubled pregnancy required three early emergency room visits, one that took place before Percival even had a heartbeat. Then, on December 11, an ultrasound appointment during a storm revealed that Courtney’s body was very close to going into labor, a process that almost certainly would have doomed baby Percival.

The wind was driving winter snow at 70 miles per hour on the little island of Kodiak as medical staff figured out how to get Courtney to JBER Hospital.

“At the time, I’m thinking, ‘We’re being medevacced to save the baby,’ but I learned later that no, they didn’t expect the baby to survive. They were just trying to save me,” Courtney said.

A harrowing flight and ambulance ride later, a surgeon was able to protect the pregnancy with a “cervical stitch.” But that made it crucial that neither mom nor baby move too much or else her water could still break or labor could start.

For almost five weeks, the Spencers lived at the JBER Fisher House as volunteers, staff, and other guests learned of their risky position and took steps to protect mom and baby.

“In Alaska, in winter, if you end up in the Fisher House, it’s not little stuff,” Courtney said. Other families in the house had lasting issues, like a couple that was learning to do clean dialysis for when they returned to their home “in the bush.”

The Spencers grew close to these other families while Courtney was confined to bed.

“We spent Christmas there. We spent New Year’s. The whole house kind of did a big New Year’s Dinner. We all cooked.”

“Well, I didn’t, but everyone else did.” Courtney directed her husband’s cooking from her bed via text and photo messages. Colin helped cook a donated ham that they shared with other guests.

This whole time, the family was rushing to the emergency room for different issues about once a week, except for New Years’.

“We had two days in a row we went and one of them was on New Year’s Eve and New Year’s Day. We rushed to the ER for different reasons.”

By that point, the other guests were deeply invested in little Percival.

“You know, they were like aunts and uncles at that point. I don’t know how to describe it because they were older and retired, but they’re also former service members and they were who we lived with.”

Percival came almost two weeks later on January 13 at 22 weeks, 2 days at 1 pound, 3 ounces. Colin waited at the neonatal intensive care unit to see his son and then rushed to his wife’s side as she awoke to tell her, “He’s okay. He’s alive.”

It was still much more likely than not that Percival wouldn’t make it. So, Colin spent as much time as he could in the hospital visiting his wife and son, only returning to the Fisher House when he was kicked out.

Percival is now an energetic 4-year-old. The family currently lives in Boston but keeps in touch with those other Fisher House families who helped them welcome their little boy.

Fisher House Foundation is best known for its network of 94 comfort homes where military and veteran families can stay at no cost while a loved one is receiving treatment.  These homes are located at major military and VA medical centers nationwide, and in Europe, close to the medical center or hospital they serve. Fisher Houses have up to 21 suites, with private bedrooms and baths.  Families share a common kitchen, laundry facilities, a warm dining room and an inviting living room.  Fisher House Foundation ensures that there is never a lodging fee.  Since inception, the program has saved military and veteran families an estimated $547 million in out-of-pocket costs for lodging and transportation.